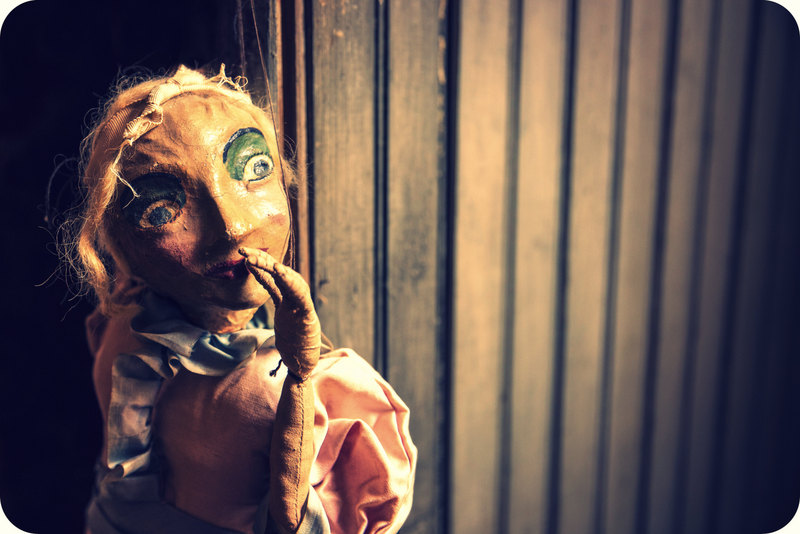 Whore. That’s what she is. But not a slut.

See, I don’t know what she does behind closed doors. I don’t care to know.

She muscles around in otherworldly cat outfits and 36-inch heels. Bleaches her hair, bobs her cut and wears an early 20th Century bathing suit when she appeared on American Idol.

No surprise she’s the most powerful celebrity according to Forbes.

Of course you know I’m talking about Lady Gaga, queen of attention whores.

Who Lady Gaga Steals From

Some would say she’s an original. But that’s not entirely true. She’s actually living on borrowed material.

Yet there is something she taps into that is all her own. Just look at the tens millions of her “little monsters” she nurtures. Copies of Lady Gaga.

But what does this have to do with blogging? Writing in general?

Lady Gaga figured out what people want–something that hasn’t changed–by studying how others satisfied that need in the past.

And then places her personal seal on their techniques.

In the same manner, when you write a blog post one of the things you have to do is study the techniques of past writing greats. But there’s more to it than that.

Let’s admit it: in a world where blogs and blog posts proliferate, it’s hard to be original. But it’s not impossible. As long as you are willing to do a little work.

One Secret to Originality

Malcolm Gladwell alludes to this in his book Outliers. It’s that sense of proficiency. Of mastering a skill, an art.

But it takes time.

Based upon his discussion with and research of successful people–entrepreneurs, musicians, athletes–ten thousand hours is his magic number.

His point is to train yourself in a discipline you love–writing, running, speaking, you name it–to work hard conquering that discipline so that you reach a point that it is no longer hard…

It is simply long. And you do not care.

Lady Gaga has reached that pinnacle. And she doesn’t shy away from the label “workaholic”. But do you think she minds?

Originality doesn’t come easy. But it’s pursuit is satisfying. And when you reach originality in something you write–it’s rewarding.

Why You Shouldn’t Fear Being Copied

And don’t worry if someone else steals your idea. In fact, that’s what you want. You want duplication. You want multiplication.

David Olgily says, “If you ever have the good fortune to create a great advertising campaign, you will soon see another agency steal it. This is irritating, but don’t let it worry you; nobody has ever built a brand by imitating somebody else’s advertising.”

Besides, your problem–my problem–our problem is not truly originality. It’s obscurity.

Boing Boing blogger and novelist Cory Doctrow understood this. That’s why he gave away his first book.

Leo Babauta gets it, too, making all of his content free to copy and distribute. And get this: credit is not required.

Each one of these writers understands that fame will eventually follow. While you might not be an overnight success, but in five years you could easily be at the top of the game.

Bottom line the web needs your original post. We need it. I need it.

Yes, you can die from information overload online. But gaps remain. Huge gaps.

And it’s why Google is considering paying writers to write useful and unique content they’ve identified via user searches that have come up empty.

So the question is, what can you as a web writer or blogger do to write a post that stands out? That’s original? And will be shared broadly?

When is the last time you drilled a topic so deep that you uncovered something that no one else has? Probably college, maybe high school? Even then, did you go far enough?

If it’s not original, then you probably didn’t.

But research alone won’t do the trick. You have to follow the advice of Hungarian physicist Albert Szent-Gyorgyi who said: “Research is to see what everybody else has seen, and to think what NOBODY else has thought.”

Your job is to identify that topic or specific angle on a subject never-before explored–and expose it.

Think journalists who win Pulitzer Prizes and their stories for great examples of in-depth research.

Original ideas for posts will occur when you take a topic–let’s say the election–and breakdown the nuances of the race.

What’s important, however, is that you must be an expert in that subject matter. If you’re not, your analysis will be just analytical. But not insightful.

And it may even be naive and flat-out wrong.

One of my favourite examples of probing commentary is from Anthony Burgess’ book The Clockwork Orange. This nightmare vision of the future questions the meaning of freedom, good and evil, violence and redemption.

It’s unrelenting in its questioning of behaviour, policies and practices.

And that’s the key to original posts and solid commentary: questioning everything, whether good or bad, without regard for who you may be offending.

This one needs a little explaining.

When I use the word “illegitimate” I’m referring to the notion of unknown origins. In other words, ideas that seem to come from left-field.

These are the ideas that prompt us to say, “What would possess them to do that?”

While these ideas may seem bizarre and unnatural, the truth is, they’re not. Each idea is rooted in an ancestor idea. Likely multiple ancestors.

The lesson for you: expand your mind into some strange dimensions. And brazenly borrow.

Forgive me, but it’s time I break your heart: there is no such thing as an original idea. All original ideas are pretty much borrowed ideas from the past, whether’s it’s 10 years ago or 10,000.

You will kill yourself if you don’t embrace this fact because the moment you stumble on the original idea to end all original ideas and then discover a similar idea from the past, you will weep…

And stare at the white, blank screen.

Instead, you will have an easier time coming up with original ideas if you seek and pillage the best ideas out there–like Leo Babauta’s.

Indulge in different sources and mediums. Watch movies. Read comics. Talk to a psychologist. Read lists of ways to become a better writer.

If you do, you will never have a shortage of material.

And if for some crazy reason you one day do, start asking questions.

How do you find those unusual questions to ask in the first place? Here’s what Neil Gaiman recommends:

You get ideas when you ask yourself simple questions. They most important of the questions is just, What if…? (What if you woke up with wings? What if your sister turned into a mouse? What if you all found out that your teacher was planning to eat one of you at the end of term – but you didn’t know who?)

It’s when you ask those strange questions that your original idea begins to emerge. And when it does…write your self silly.

Listen, in the end, ideas aren’t the hard part. It’s coming up with original ones that count.

So my advice to you is document every single idea that comes to your mind. And then at some point systematically work through that list, eliminating duds and identifying studs.

And once you’ve found that stud, work it into an original post and promote the heck out it. In time it’s bound to be copied and become popular.

By the way, what about you? What ideas do you have for coming up with original posts?  Share your strategies with our audience. And when you’re done leaving your comment, steal this post…

It’s my gift to you for reading.