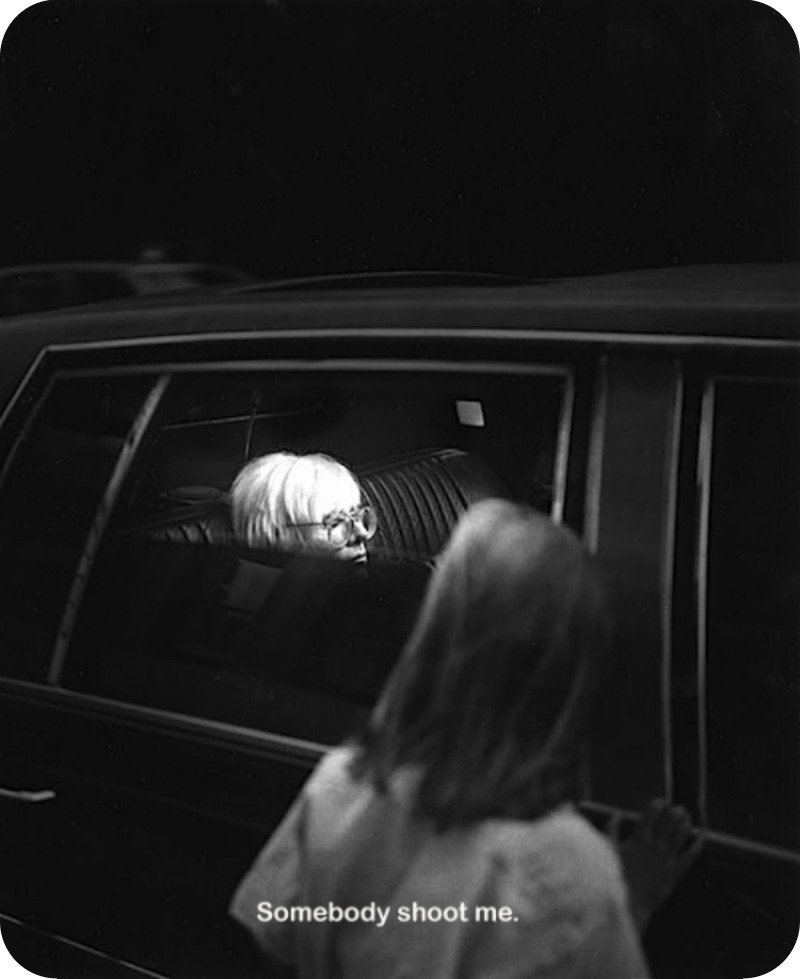 A lifestyle of curating ideas is one where you purposefully choose to read books and articles that will fill a commonplace book. Which means you should be reading like a mad man (or woman).

Even if it means reading the same thing over and over again.

The main character, sprawling in grief after his young wife dies, is in constant, self-destructive motion. Always striding, lifting, drinking. Thus, the plot is a fluid, manic current.

It is a wonder to read. And I want to write like that. But better.

As Steven Pinker says and research suggests, studying the classic style will break you of your weakness for corporatese, academese, bureaucratese, and legalese — in other words, wordslaw.

The question is: how far are you willing to go for the right word? 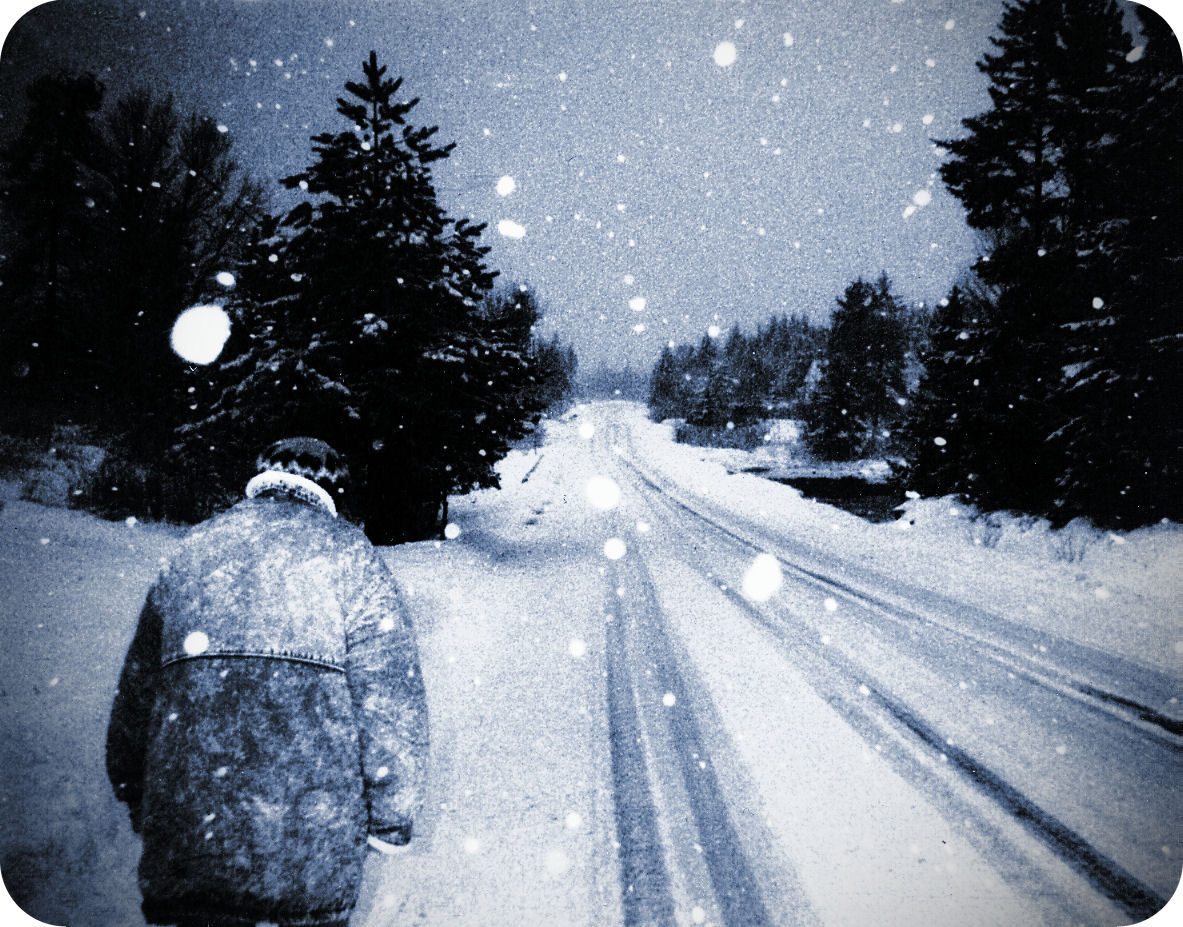 Editing a long document is sort of like shoveling snow off a sidewalk while it is still snowing.

My goodness, you didn’t realize it started snowing while you were still shoveling (it hardly looks like your editing job put a dent in your rough draft).

You must keep shoveling. Pushing. Smoothing out the transition from one point to the next. Otherwise you have a clunky document. You have fragments stitched together. You have outsourced web writing.

A great document is seamless. A country road that rolls over the hills and bends through the turns like the landscape has known nothing else.

It feels effortless. Yet, is anything but. 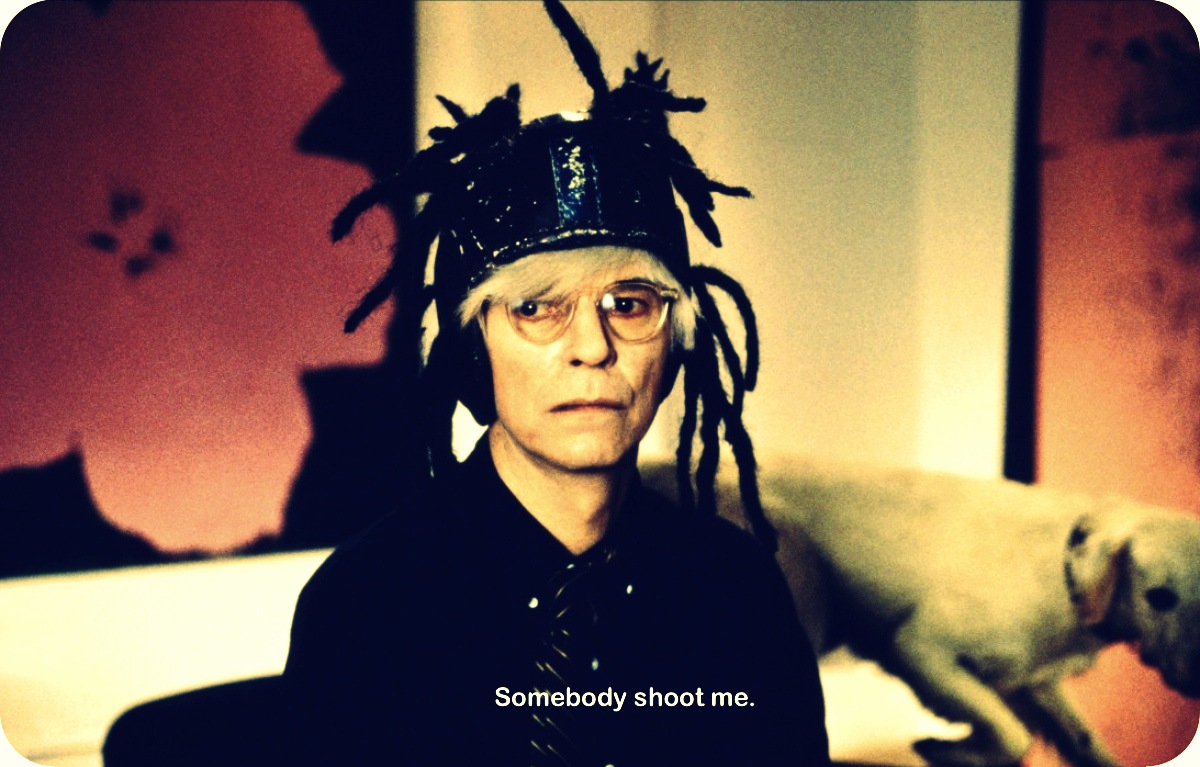 Internet memes: a piece of content spreading online from user to user and changing along the way.

There are number of things about the web that make me want to stick a fork in my eye.

Sales Memes are NOT one of those things, however. The reason is because it’s possible to mock everything you loath about the web with a meme—even Christian memes.

And other things, of course.

Why the popularity of internet memes

In the February 2013 paper Makes a Meme Instead, Linda Börzsei at the Utrecht University writes:

The information overload of the current media does not permit long engagement with one piece of news, as the next hour will supply with many new ones. The Internet meme (and its popularity) is a poignant illustration of this condition.”

A meme, in other words, becomes a web-peculiar shorthand that communicates a certain momentary cultural sophistication. Look at this text exchange between a gentleman and the woman who cheated on him.

It’s fair to say he won, in the manner of memes.

But memes also support arguments. They prove, in a charming manner, a point you want to drive home. In this sense SEO consultant A J Kohn deserves tribute for his effort to infuse levity into a topic that would be boring to all but the wonks.

Memes are a vocabulary. A mode of communication. And the new political cartoon. (Sarkozy anyone?)

People who create memes are smart

The average blogger has been mascot for the democratic spirit of the internet for years. Memes, however, are giving it a run for the money because memes allow us a mode of engaging in the world of ideas without having a blog.

Thus the emergence of meme-friendly sites like Reddit, 4chan, and Tumblr. These become havens for our iconoclastic variety of humor (some would say “community,” but, you know … see the first sentence of this article).

And, yes, while it may be hard to believe, people actually put time and energy into creating memes. So what was once passive enjoyment has turned into active involvement in creating (and adding to) the joke — because we now have the tools.

The barrier for many of us, however, is that you need a brain.

And resist this as much as you want (I did), there is a creative genius behind a meme. As someone on the internet said once, “the ability to piece together meaning from a discontinuous set of images is the act of a higher intellect, not a lower one.”

Take the meme genre “advice animals.” The blend of a color wheel and a penguin (original image taken by nature photographer George F. Mobley for National Geographic, no less) is, for some I must admit, silly.

But it’s not easy making that connection, let alone getting that image to the point where it becomes a true meme. That doesn’t happen until we learn that the penguin is socially awkward. Then we bust a gut, and a meme is born.

Bizarre, you say, but creativity nonetheless.

Most memes are anonymous

And this is where we come to an interesting turn in the history of memes. See, those who create memes are part comedian, part cartoonist. And almost always forgotten. That’s the nature of a meme.

Side note: I’m always tempted to write “great meme” but resist for the simple fact that a meme, by nature, is great. A meme has gone viral. Anything else is just a lonely image sitting on someone’s hard drive.

Since there is not an easy approach to attribution, meme creators run the risk of being forgotten. The site Know Your Memes does it’s best to find origins. But that’s hard to do. Especially since most memes are macro — like Socially Awkward Penguin or Ermagard.

What I mean by “macro” is once the image and template (or snowclone as those in the know would have you say it) is set, variations multiple and spread across the web. The original is often left behind, buried. This is just one consequence of radical openness.

But we don’t really care. We giggle like school girls, and then add to the noise.

And, of course, in the also very meritorious spirit of the web, only the funny survive. It’s the last meme standing that finds its way onto our Facebook streams and into our email inboxes and across our blog posts. And even then, we are off to the next meme, the next social site.

Oh, what we do to express ourselves. I guess there is more than one way to skin that cat. 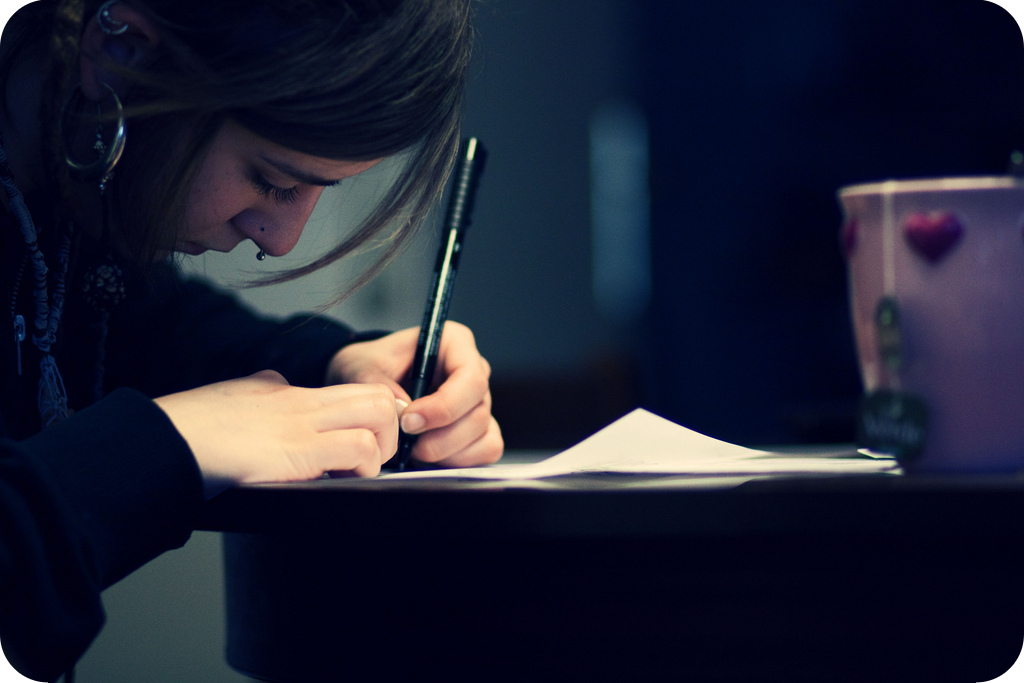 Ever wish you could make sense of all the labels surrounding advertising that are thrown about … you know … stuff like product placement, content marketing, native advertising …

It’s enough to drive you nuts!

So, with that in mind I put together these four drawing to help you understand four of the most common forms of advertising. 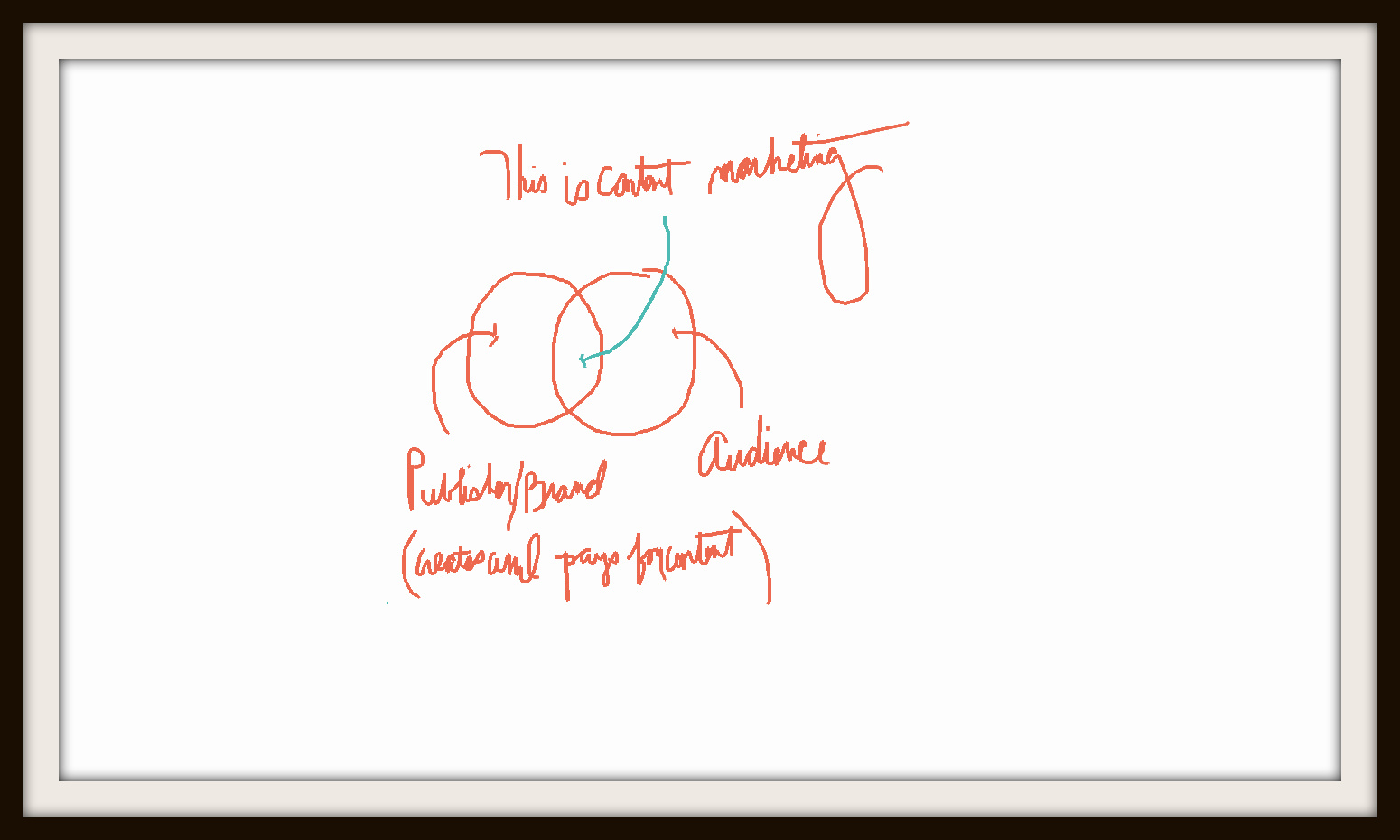 The brand becomes the publisher who builds a buying audience around their content.

This Is Native Advertising 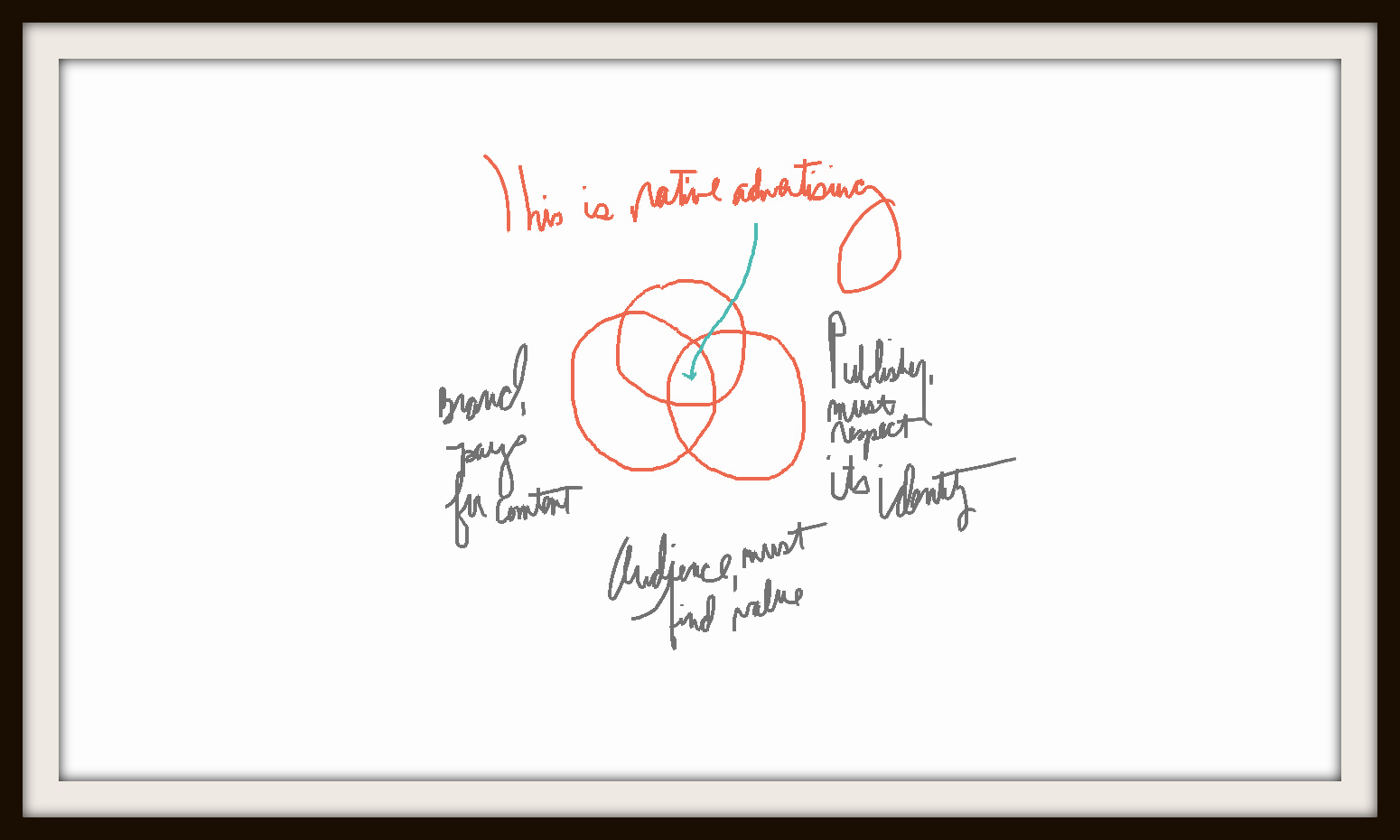 This Is Product Placement 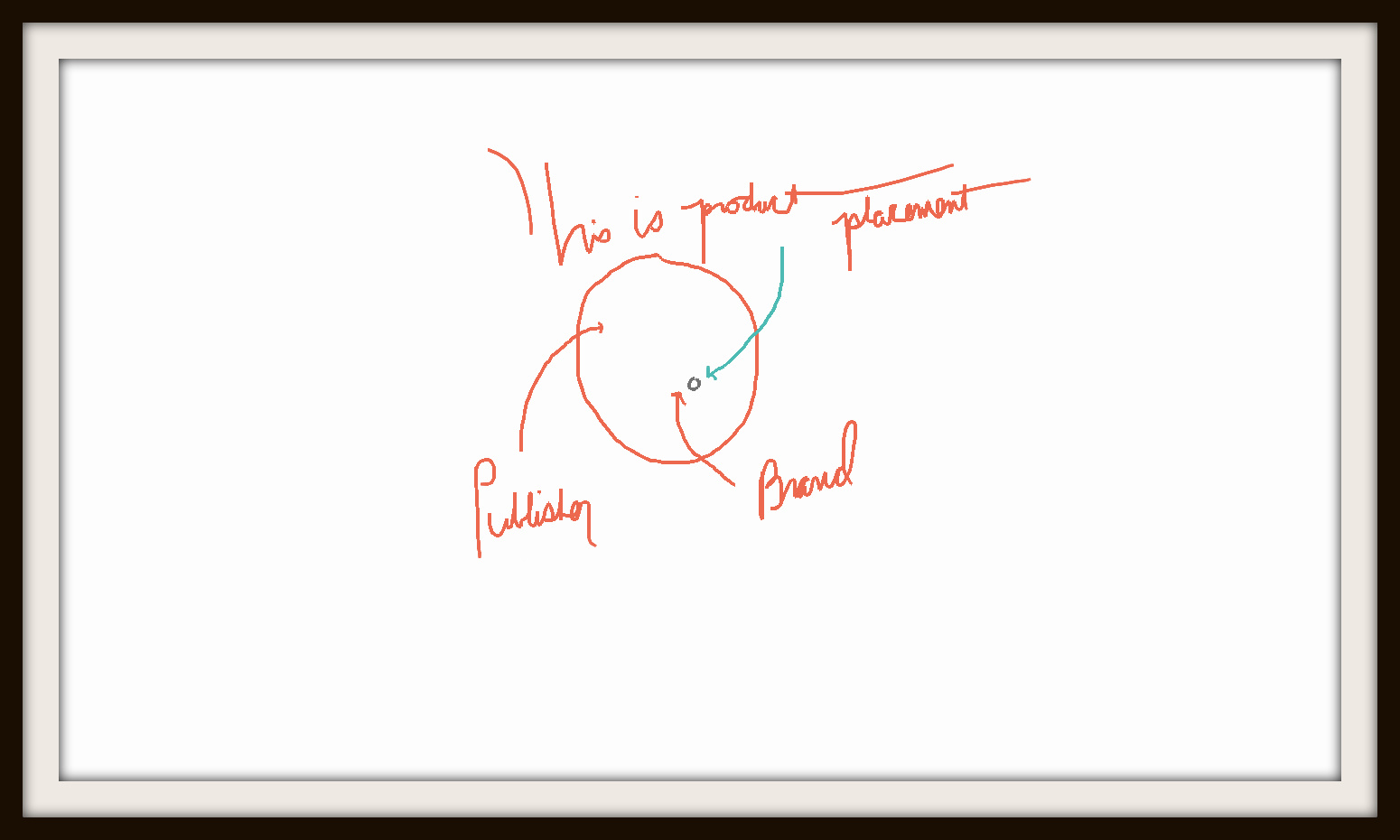 Brand product is used in the content of a media publisher. Good example: the Red Stripe bottle in the movie The Firm.

This Is Traditional Advertising 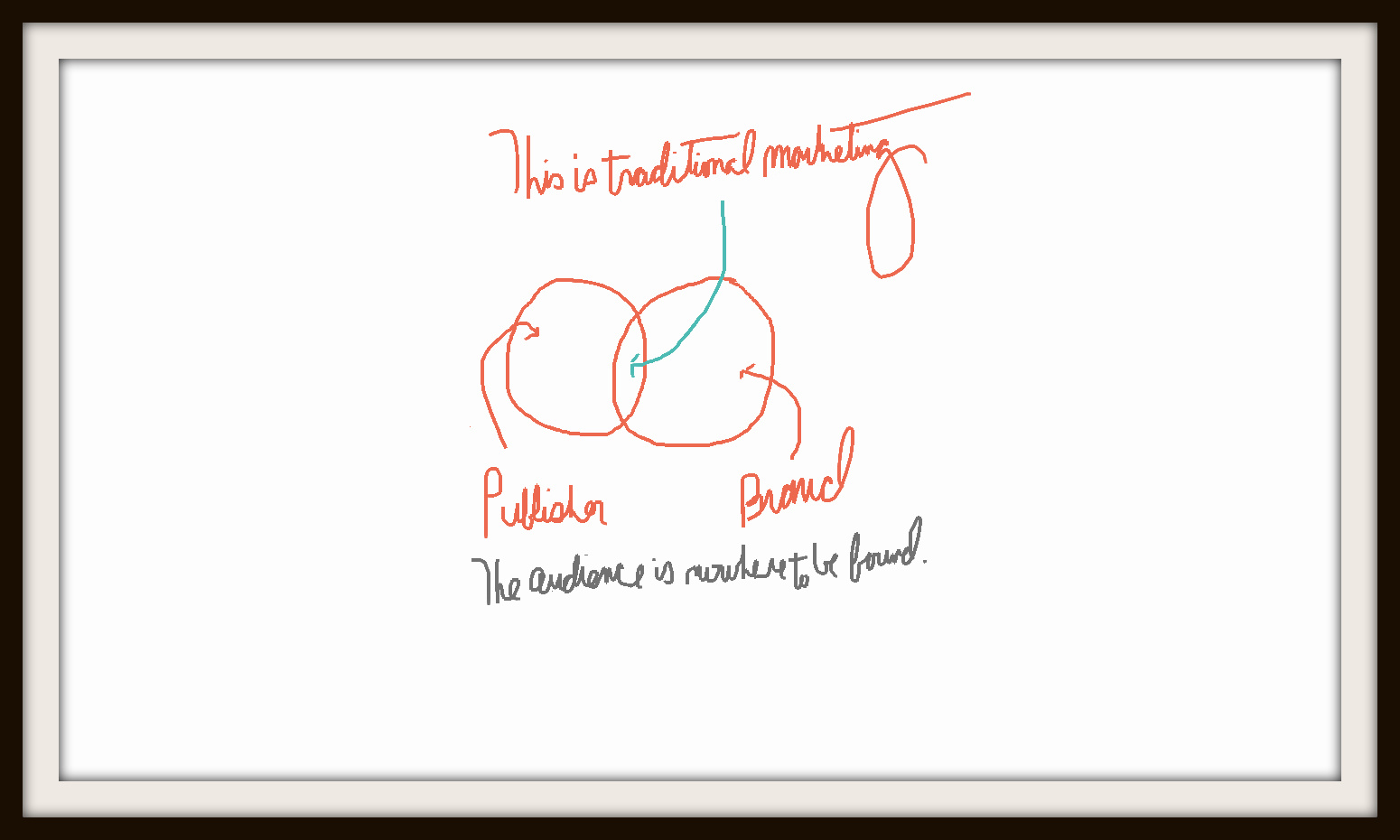 Sadly, with traditional marketing (think TV commercial) the audience is nowhere to be found. But don’t tell that to CBS! 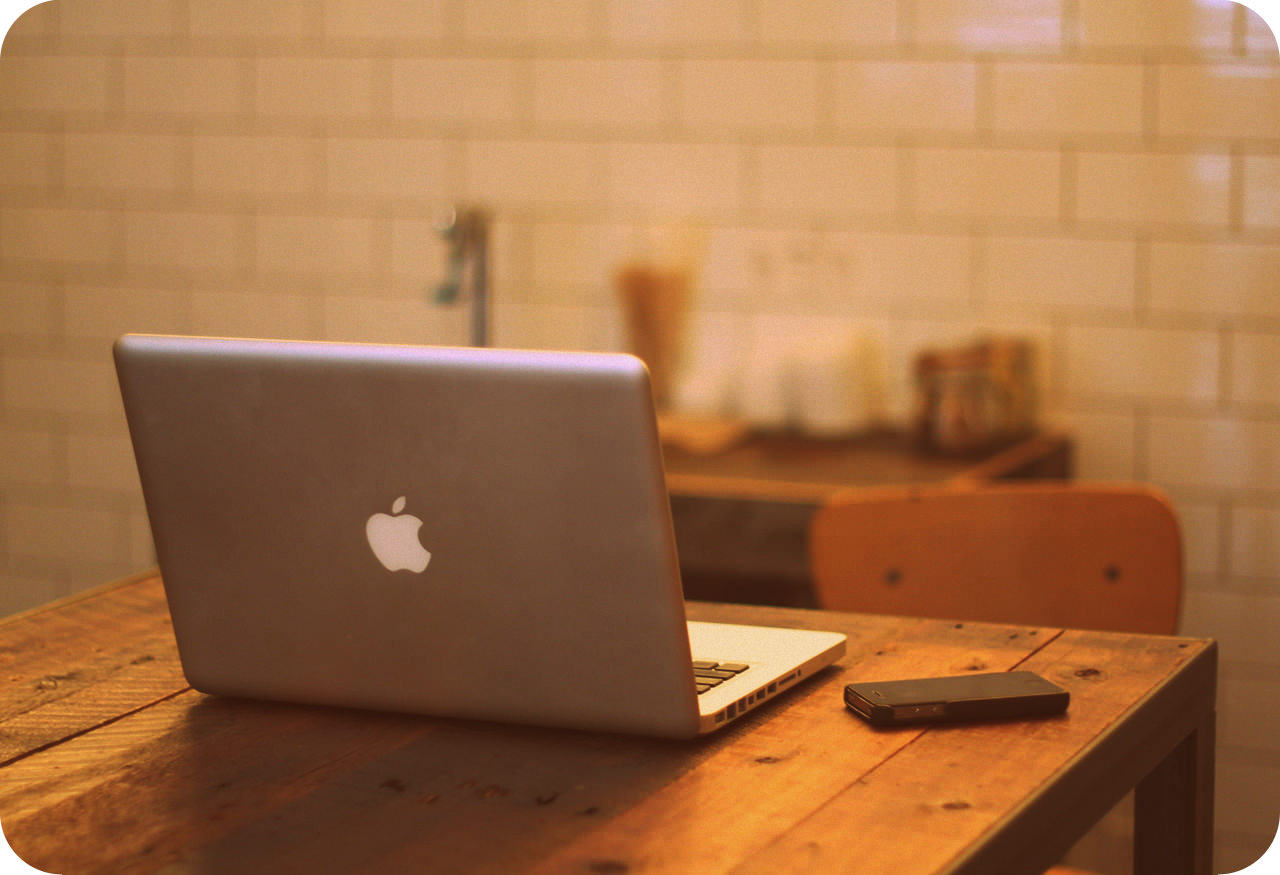 As an online writer I’ve got an honest interest in an open internet. A free internet. The advantages it affords to a recluse writer are enormous (not having to knock on doors, for example).

All that could disappear if the new net neutrality rules proposed by the Federal Trade Commission (FCC) become law.

In summary, the FCC intends to allow some ISP providers to charge different rates for fast and slow lines. Those with deep pockets will experience faster service while those without will be directed to slower lanes.

You, no matter who you are, probably have an interest in this issue as well. Especially if you are a Netflix subscriber. END_OF_DOCUMENT_TOKEN_TO_BE_REPLACED

Funny story: not long ago our CFO at Copyblogger went rogue on us. He published a post on our private company Google+ community telling us how much he loved Medium.

Within minutes we were roasting him.

His crime? Digital sharecropping. Sean is an oddball among oddballs, but this was out of character. Did he get a hold of some bath salts? Why in the world would he suggest that we create content on rented land?

Sean, true to nature, held his ground, and even published a post on Medium. Then his love for the platform quieted down.

Close the book, move on. Not so fast. END_OF_DOCUMENT_TOKEN_TO_BE_REPLACED

We are all taught to post on a consistent schedule. We’ve also been taught about the benefits (more traffic) frequent posting brings.

But eventually the barrel runs dry … and we, because our posting schedule demands it, publish monstrously ho-hum ideas.

Why? We are afraid of obscurity.

Don’t allow your content schedule to master you. Instead, master it.

There’s another reason why you should do this. An important reason … your reader has a list of demands. And it looks like this: END_OF_DOCUMENT_TOKEN_TO_BE_REPLACED 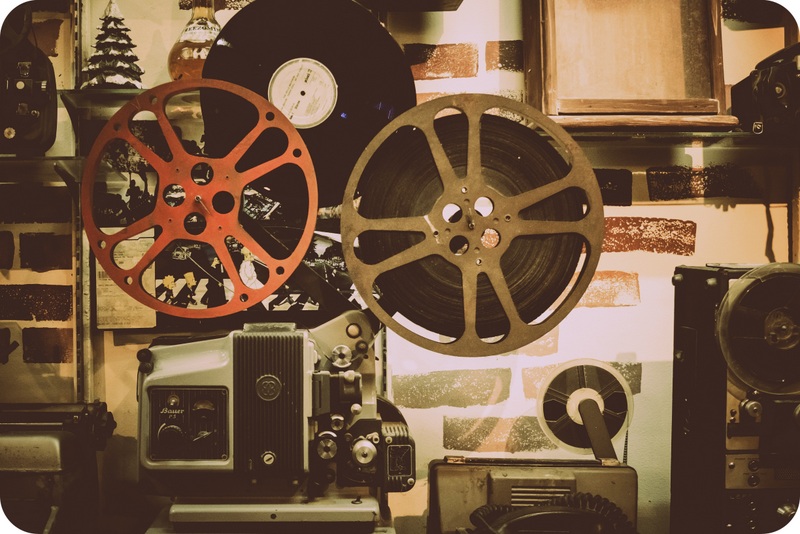 Last week I did a Google+ Hangout with Max Minzer. During the interview I argued that everyone — especially experts — could benefit from learning how to write direct response copywriting.

Of course I first defined what direct-response copywriting is: the ability to write something to get action, and then measure that action. That feedback will tell you what is working … and what is not … helping you write in such a way that your best ideas get noticed, shared, and acted upon.

During the interview I mentioned a popular formula I use for creating persuasive copy: the four Ps. If I had more time I would have shared even more. Well, I can do that now on my own blog.