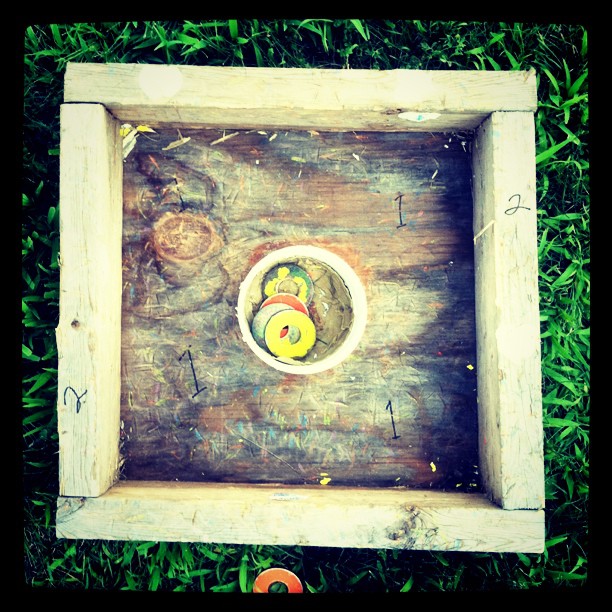 In 1994 me, Craig, Anthony and Mary were going to ride our bikes at midnight through St. Louis. With a thousand other people. Some sober. Some drunk.

We fell into the second category. And we weren’t exactly the cycling type.

Craig, a surly, handsome and daft bouncer, hunched over his ten speed, which trembled under his weight. It looked like something he fastened out of a wire hanger. I was sure it would collapse.

Mary sat on an upright. Her long arms draped from the handlebars to her shoulders. Her blonde hair fell between her two shoulders. And her helmet sat cocked on her head. She looked proud and smart, like she had engineered the bicycle.

Anthony hovered over his upright, plastic cup of beer in  hand. He scoped out all the riders and cursed that they’re were so many.

All five feet and eleven inches and one-hundred-and-thirty-six pounds of me hung from the gargantuan twelve speed that belonged to my step-father, a man who was five inches taller and an easy one hundred pounds heavier. My right knee bounced like an out of control piston while I kept asking when the race started.

For some reason I couldn’t hear him. Nor could I hear what he said about where to meet if we got lost. I just wanted to hear the gun fire.

The gun never fired, probably because they’re was no gun. The mob of cyclists just started moving forward like a chunk of ice sliding away from a glacier.

We ambled, chatted, envied the frat boys who ducked into corner dives to throw down a lager or two. Anthony insisted we not stop. This was a ride not a bar crawl. Mary pedaled, admiring the people and their bikes like she invented them. Craig heaved with each stroke. His bike creaked with each stroke. I whistled, bored as hell.

A cyclist zipped by on his thousand dollar bike. His head was down as he cranked. His streamline helmet terminated in a point in the middle of his back. And I took off after him.

Anthony yelled but it didn’t matter. I was gone. I was going to chase down that cyclist.

Standing up on the pedals I pumped after my challenger. We whizzed by hundreds of people. He didn’t have a clue I was following him. But it didn’t matter. I wanted to catch him.

I eventually did, pulled past him and left him behind [I think]. I slowed to catch my breath and heard a familiar sound. It was Craig’s creaking bike. He managed to hang with me. He breathed heavily, but didn’t say a word. We just pedaled calmly, giving chase to anyone who whizzed past us.

The Freak Show That Is My Competitive Side

I tell you that story to tell you this: I’m competitive. I cannot back down from a challenge–even when there isn’t an explicit challenge. My brain seems to make the challenges up. And my ego, like a attention-starved boy, can’t seem to resist the double-dog dare.

That cycling ride fiasco was one example. Here’s another.

Not long ago I over heard a good friend talking about how many free throw shots he made in a row. It was sixteen. He played basketball in high school and college. It made sense he could make sixteen in a row.

I played one year of basketball as a boy. He never told me why, but my dad never asked me to play again. It wasn’t until I was older [35, maybe?] that I realized I sucked at basketball.

There is an upside to this insanity. This serendipitous challenge introduced me to the lovely science of muscle memory.

Why Larry Bird Is a Free-Throw Freak Show

I missed most of the time for the first week. But then I started hitting shots. Sometimes I would hit two in a row. I got to as high as three in a row when it hit me…

There was a magic to hitting free throws. And that magic came through good form and repetition. Eventually my body–not my brain nor my ego–knew the form the shot had to take to get through the hoop.

It was like I was becoming a machine. One that shot free throws. [Legend has it Larry Bird threw 500 free throw shots every day. Wow.]

I decided to test my theory [to be honest, I’d heard the term “muscle memory” while watching football] and shoot washers. The challenge was to throw six washers some twenty feet into a four-inch deep and four-inch wide tube.

Five thousand. That’s the number of times I’m sure I threw those washers before I managed to sink four in a row [see image above]. My methods of doing so varied.

I’d pop outside during lunch and just toss away. I’d grab ten minutes between projects and throw until all washers were in the ringer. I’d give myself two minutes and try to sink as many washers as I could to simulate some kind of pressure.

And it worked. I was training my body to systematically throw a washer in the same place every time. This pleased my ego to no end.

4 Pieces to My Strangest Writing Advice You’ll Ever Receive

You’ve probably guessed by now what my writing advice to you will be. Doesn’t surprise me. You’re bright. So let’s not dawdle.

I’ve been writing for the last twelve years as a professional and I can tell you that this concept of muscle memory is true for our craft as it is for shooting hoops or washers.

How, I’m not exactly sure, whether it really is your muscles remembering what movements to make [which I doubt] or your brain breeding a whole region of new neurons with one goal in mind, writing well, but there’s no dispute: practice will make you perfect.

Day in, day out. Just write. Whether it’s an email, short story or love letter. Write yourself silly. Look for excuses to grab your laptop or a pencil. Look for reasons to argue, compel and entertain through the written word. But don’t stop there.

Examine what you wrote. Revisit old emails, letters and blog posts. And edit like David Mamet. Ask yourself: “How could I have written this better? Remove the first two sentences? Move that paragraph to end? Start over?”

Ask for feedback. Find someone honest and professional who will tell you what you need to do to improve. The goal is to become a pit bull on paper, and you’re not going to get there if you don’t adjust.

While playing washers I would sometimes have a spell of bad luck. Washers would clink in the hole only to bounce out. A lot. Doing what I was doing wasn’t working so I’d changed up how I threw the washer. Try this angle. Slow down the spin. Hang your leg like this.

The same is true with writing.

Get into a groove of trying different things out when you write. Would an article read better if you injected humor? Told a different story? If all you do is write blog posts all day try to write a short story. Or a poem or song. And take a swing at reading things you wouldn’t normally read. [If you’re reading 100 books in a year that wouldn’t be too hard.]

Grinding it out over time will unearth your style. You’ll see glimpses of it, and when you do, adjust to uncover more. Then experiment to see if you can’t dig even more out. Repeat the process.

When people say “practice makes perfect” they are lying to you. You’ll never be perfect. That means you never should stop practising. In fact, think of your skill as a writer like someone who is trying to climb the down escalator.

If that person wants to get to the top, he can never stop. Neither can you.

Looking forward to hearing from you.