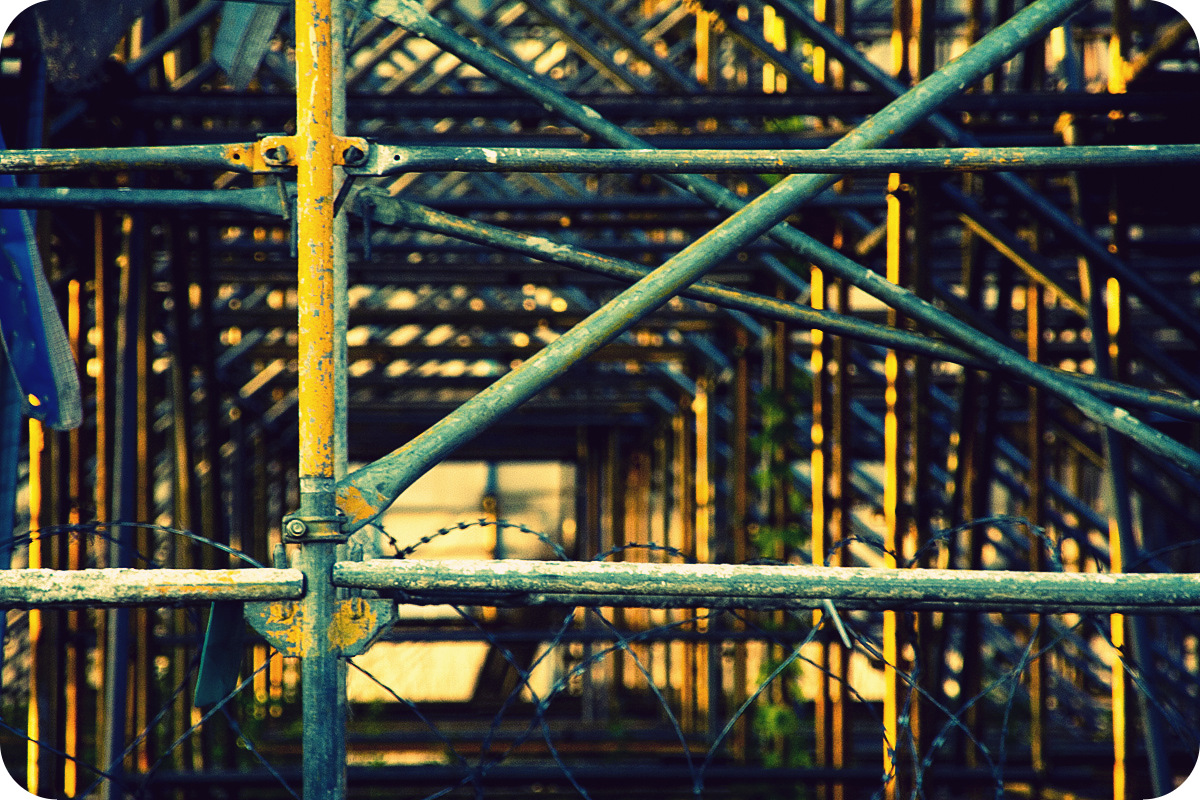 Your idea stretches out to the end of nowhere. One hundred words? One thousand?

That’s just one decision among many you must make before you write. And just one more decision that adds to your anxiety.

Fail to figure this one out and your idea sits idle. Deserted. Should this indecision persist, over time you’ll accumulate a storehouse of hollowed out concepts. Your very own creative blight.

Fortunately, scaffolding can help you avoid this mess.

Scaffolding is a notion I learned from Zadie Smith, the novelist, during a 2008 commencement speech given to students at Columbia University’s writing program.

The lecture is called “That Crafty Feeling” and you can find it in her book Changing My Mind: Occasional Essays

She said when writing a novel (but this can apply to articles, blog posts, or even sales letters) you should use a framework. She called it a scaffolding. And she said why:

Use it to divide what seems like an endless, unmarked journey.

In other words, give it parameters. Create an endgame goal. Artificial or not.

But what sort of parameters?

Your choice. However: you must always remove any trace of the framework. You must make it your own.

For instance, you could use the 5 Ws to work through your first draft. Let’s say you wrote a piece about why you no longer drink.

You can mix up that formula to kill monotony. Then you close it out with a conclusion.

When someone reads your article they won’t read it and think you are using  the five Ws, unless she trains her eyes on it.

Speaking of training your eyes, what framework did I use to write this post?