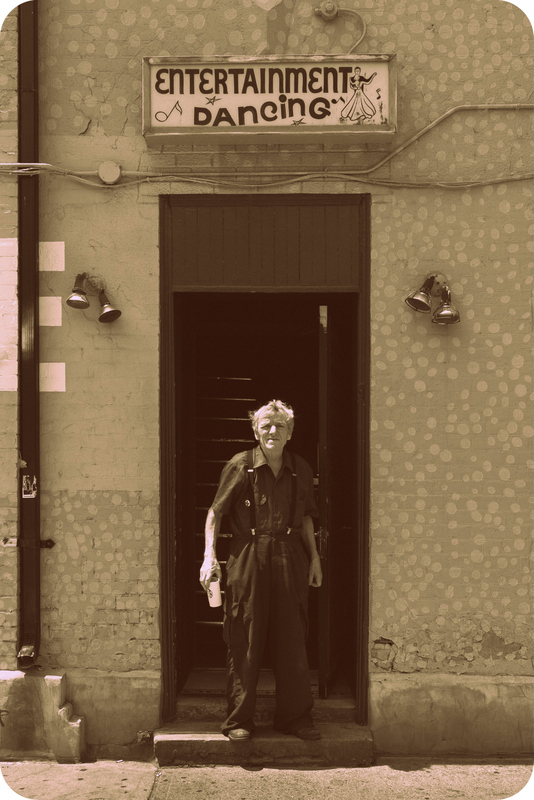 The seventeenth post in The Education of a Writer (TEW) series.

The first time I met Peter Hut was in a swank, open-air lounge where the concrete floor shone from a glossy finish. Peter draped himself over one of the three black faux leather couches and complained about how cold the place was.

I took the couch across from him.

Everything about Peter looked smart. The long-toed, alligator-skinned shoes. The pressed long-sleeve shirt with mini checks. And the short, but neat white hair. The turtle-shell rimmed glasses punctuated that intellectual flair.

But I knew Peter on a superficial level. So I really didn’t know if he was smart.

He was an older guy in a different department and we never had much opportunity to run into each other. I’m an unapologetic introvert, so I don’t look for ways to run into people.  I’m sure Peter felt the same way.

He was a quiet guy and I didn’t expect much of him. But that was all about to change.

The Unfolding of a Ridiculously Interesting Mind

The meeting got rolling, loose jokes were told and someone in a position launched into the proposal. Slides were shown on a flat screen on the wall. A position person threw out numbers. An even higher position person shared her feelings.

The vibe was good. Until Peter spoke.

Peter found the holes in the proposal and thrust his fingers through them. But he did it in such away that you couldn’t help but nod in agreement. He was a sage mesmerizing the room. How could you resist?

In the end, we all agreed that on a very basic level the proposal was troublesome. Things needed to be explored. But Peter wasn’t finished.

He then presented a better idea. In a casual, fluid tone–one hand waving as if he were conducting us–he constructed his case. It was obvious he’d rehearsed this idea more than once in his head, and probably to others. Possibly even to the position people because they politely excused themselves and disappeared as Peter was just climaxing in his subdued, systematic manner.

It was just about the time that he finished that I understood I was listening to a genius. A guy with a brilliant, underestimated brain. He had ideas intersecting from rare regions of our universe, and the strange thing was, everything he said made sense.

His speech was a polished display of a restless, art-oriented mind creating something new out of the old. In other words, he was sharing wisdom.

When he finished I knew I needed to talk to him again. To prod him with questions, to commensurate [because that’s what small minds want from large minds] and tell him that he should be the CEO.

But as we all stood to go that unapologetic introvert got the best of me. I fled the room and I never saw him again. At least not until he accepted a position in our department.

You Are Not Who You Think You Are

Thrilled, I tried in my pathetically shy nature to contrive conversations with him and pry his story out of him. I got my chance when we were in a conference room waiting for the position people to show.

I leaned over and said, “So tell me your story.”

Peter pushed back his glasses and said, “Oh yeah. My story.”

Peter graduated from college as an illustrator and went directly into advertising. This is when illustrators were in high demand. Peter was good at what he did so he made a killing. But he could see that in a few short years his career would be dead. Graphic designers were going to mop up the print world with illustrators.

He then changed the subject to tell me about some photograph retouchers he knew. Manual labor professionals whose work was acute, meticulous and boring. Not to mention in high demand. They easily made six figures.

But not for long.

These retouchers scoffed at the development of design software. Snubbed their noses at machines…pounding the table as they insisted that hard or soft, “ware” could never do a job as well as a human.

They refused to adapt and in the next year or two they were obsolete. And out of work.

Peter shook his head and said, “Do you want to know what the secret to success is? It’s easy. It’s not what you do. It’s what you know.”

When Peter saw the writing on the wall, he migrated from doing illustrations. He recognized where the industry was going and prepared himself to be successful in that environment.

“I re-invented myself. But I didn’t become a graphic designer.”

Throughout his life Peter never stopped preparing himself for that next move. He never got comfortable [although he always seemed insanely comfortable] with his position.

He never said he would retire from where he worked. It didn’t matter how old he was or how long he had worked at a place. He would never prepare for retirement, unless it was on his own terms.

He had the wisdom to always keep an eye on the horizon, noting interesting developments.

On that late afternoon in the conference room part of me ached at his advice. Why would someone his age NOT be thinking about retirement? He’d paid his dues. Shouldn’t he be levelling his vision on a small, green space in which to relish the remainder of his life?

His secret to avoiding obsolescence was to maintain a supple mind, one willing to consider change, even if it meant giving up firmly anchored dreams and ideas.

Peter was always willing to experiment so he could be ahead of the curve when opportunity arrived. Like a good athlete, he was always warmed up.

Shortly before I left that organization I wanted to ask him what happened to those photograph retouchers. Did they find new jobs? Drink themselves into a coma? Or shoot themselves?

All typical reactions to obsolescence.

They say you can’t teach an old dog new tricks. That’s absurd, but it’s no wonder that those people who do embrace that belief end up chronically drunk or dead by their own methods.

Of course I never got my chance to ask Peter about those photograph retouchers before I left. On my last day I chose the exit most appropriate for unapologetic introverts: I slid out the back door when no one was looking.

Next article in the series: “The Best Thing You Could Do Right Now to Succeed as an Entrepreneur”