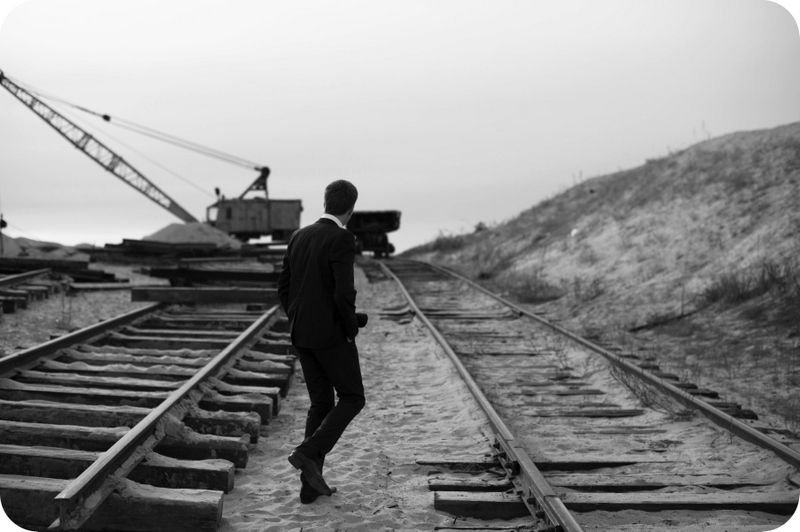 You will have to be a literary snob to get this one.

Another way you might know who Cyrus Trask is if you saw James Dean’s 1953 film where he played Cal Trask, his son. [I haven’t seen the movie so I’m only speculating here.]

You won’t find him in a novel by Hemingway. That would be too easy.

Nor will you find out who Cyrus Trask is if you eye a list of country singers.

The only way you can find out who Cyrus Trask is is by reading John Steinbeck’s novel East of Eden.

What This Wooden-Legged Old Soldier Knows about Authority

John Steinbeck describes Cyrus Trask as the father of Adam and Charles Trask. Cyrus is the patriarch. The family stud.

He’s a daunting man who lies “so convincingly about his military heroics during the Civil War that the government appoints him to a powerful position in the Army administration.”

But he was never in battle long enough to acquire any real world experience. This is what Steinbeck writes:

The first time he saw the enemy was at eight o’clock one spring morning, and at eight thirty he was hit in the right leg by a heavy slug that mashed and splintered the bones beyond repair.

Within minutes that leg was amputated. But that didn’t stop Cyrus.

He went on a rampage to become an old soldier. He re-fashioned who he was and became a national hero and authority.

So, you ready to take a rugged ride through the exploits that made Cyrus Trask the hard-to-ignore scholar-soldier? It’ll help you on your mission to put a little dent in the universe.

They concentrate their forces. Make their accomplishments seem effortless. And they crush their enemies totally.

Even though Cyrus lost his leg he continued to chase women. And he did it brutally. That’s not to be admired [even though in the book Cyrus’ wounded war buddies gaped with fascination over his predisposition to violence].

What’s to be admired is that he eventually focused that energy on being thoughtful. To being a military mastermind.

Someone with authority has swagger.

An aura of coolness. A cock to their head. A courage to catch hell. And to give hell.

Sometimes it’s hard to put your finger on exactly that cocky quality that sets them apart.

Other times it’s not.

However, Cyrus wasn’t just a spectacle without substance. In time he developed an excellent military mind. He poured over text books. He studied maps. The experience that he lacked he made up with training.

He bought every book about war. Read every report. Subscribed to the leading papers.

But he didn’t just stop with the battles, movements and campaigns but he learned about the units, down to their regiments, colonels and where they were stationed.

In time he went from a shaky understanding of geography and military strategy to a celebrity to be reckoned with.

And that’s when he started writing.

Control the Communication at All Costs

There’s a lot of talk about giving people control of the conversation. Allowing them to determine the direction of the discussion.

Ever been to an HOA meeting with a spineless moderator? Sheer pandemonium.

There’s a reason we don’t erect statues to committees.

In peace times people don’t care so much about authority. During chaos? They crave it.

But waiting until a crisis unfolds to demonstrate your authority will be too late.

You are the creative genius. And it’s your swagger. Your vitality. And your brain that are going to compel people to listen to you.

And they’ll only listen if you talk or write with command. [It’s especially true when you want to turn a gimpy website into killer one.]

Cyrus took control of the conversation. And he took control of it with confidence. He could explain to his boys “how every general thought and planned and where they had made their mistakes and what they should have done.”

Then he started to write articles for magazines and send letters to the War Department about the conduct of the war. His conclusions where convincing and intelligent. He had a genius for military.

He controlled the conversation. And people started to listen.

Court Attention at All Times

It didn’t take long for the generals and cabinet secretaries to notice Cyrus. He got their attention because he wrote cornerstone content with authority.

He did not back down.

He recommended corrections for war mistakes. Suggested new manuevers to succeed the entrenched ones.

Then he strides into their offices–wooden leg beating out an aggressive rhythm–and game over.

There’s no denying it: people will judge you by appearance. Whether it’s your face or the design of your blog. What they don’t see counts for nothing.

That means you can’t get lost in the crowd. You can not allow yourself to be buried in obscurity. You must stand out.

Make yourself a lightening rod for attention. Appear larger than you really are.

You want to be more mysterious than the bland. More colorful than the timid masses.

Dominate a subject. Teach it with swagger. And people will notice.

Work on Your Marksmanship Constantly

There is a downsize to being an authority. You can never rest if you want to dominate the top spot.

You must continually work on your craft.

Cyrus trained his boys to be sharpshooters with their rifles. And even after they could knock a bluejay off a fence post from 200 feet out Cyrus never let them skip practice.

On the one hand, this type of training is a drag if you don’t love what you do. On the other hand it’s a dream come true if you love it. That’s why it’s so important to choose your career carefully.

If you do, then you’ll never lose that thirst to read another book, listen to another podcast or sit at the feet of another authority.

After, of course, people have sat at your feet you little swagalicious icon of authority, you.

P.S. Want a daily, but small, dose of essential web writing advice? Then check out my new podcast Rough Draft.