Blogging is still alive, and it can …

But if you’re like many business owners or marketing leaders, your blog is probably lifeless. It no longer accomplishes the big goals I just mentioned. It’s just sitting there dormant on your website, haphazardly groaning for attention.

Before you give up hope or take your blog off life-support, there’s one tactic you should pursue to increase your blog traffic.

It’s a tactic that’s often overlooked and rarely discussed, and it could quickly and legitimately increase blog traffic.

What is this magical tactic?

I know this doesn’t sound promising on the surface. But I’ve used this tactic on several different sites with similar positive results.

And this is the tactic I used to increase my blog traffic to one post month-over-month by 1,548%.

Let me show you:

This screenshot, which compares monthly traffic in March 2018 versus August 2018, shows the increase in monthly traffic before and after I made changes (no, this post did not receive a boost from social media or elsewhere in August).

After optimizing this post, it took a couple of months for it to begin ranking for a variety of keywords.

Here’s a bird’s-eye view of how this post started to increase in traffic after I implemented the changes:

This post was republished at the beginning of May, which led to the short spike that month. You can see a small dip in traffic in June, a slight increase in July, and a big leap in August as the post began to rank higher for additional keywords.

Before you get too excited and start republishing everything on your site, I have some good news and bad news to share.

Optimizing old posts on your site can increase your blog traffic.

But here’s the bad news:

This tactic doesn’t produce the same results for every post on your site.

Since I don’t want to end on a negative note, I’m going to walk you through the process I used to identify this post (and many others) to republish, and the steps I took to optimize it to increase its ranking and traffic.

END_OF_DOCUMENT_TOKEN_TO_BE_REPLACED

There are times when little decisions lead to extraordinary results. 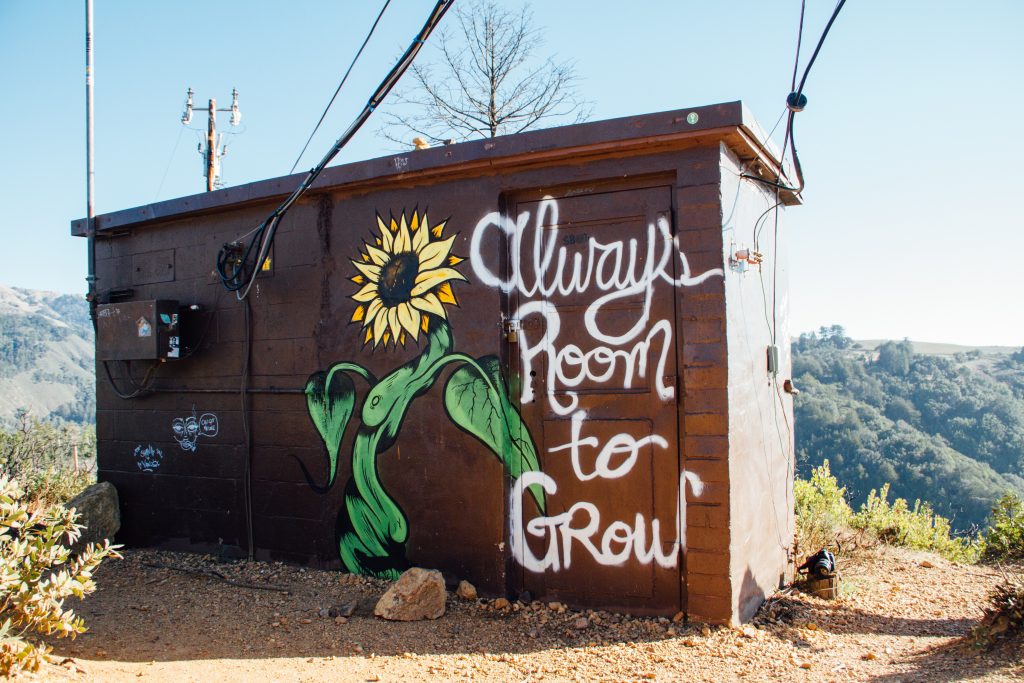 I’m not talking about the little decisions you need to make every day toward building a successful career, business, or fulfilled life. I’m talking about the times when you make a seemingly small decision for your business, and it ends up having tremendous results.

This is exactly what happened at Tithe.ly.

Like every business, we were exploring ideas to increase our leads and boost our conversion rate. During this same time, we were also identifying ways we could better serve our customers with timely support.

After spending a few months reviewing a variety of solutions, Frank Barry, Tithe.ly’s COO, decided to add live chat to our site. He knew by adding this service to our site and adapting our team to this new tactic would be helpful. But it’s safe to say that all of us were blown away by the results — especially regarding the increase in our conversion rate.

As it turns out, after adding live chat to our site and making a few internal changes, our conversion rate skyrocketed 155% month-over-month.

Take a moment to let that number sink in.

Before diving into the steps we took to increase our conversion rate with live chat, I’d like to start off by sharing more context about why we implemented this service in the first place.

Over the past six years, I’ve had the opportunity to work for some fantastic companies and provide content marketing support for a variety of product launches, including:

After reflecting on my experience, I wrote 6 Most Devastating Content Marketing Mistakes to help you avoid the big mistakes I made. This guide will help you steer clear of those mistakes and chart a course to help you maintain momentum. 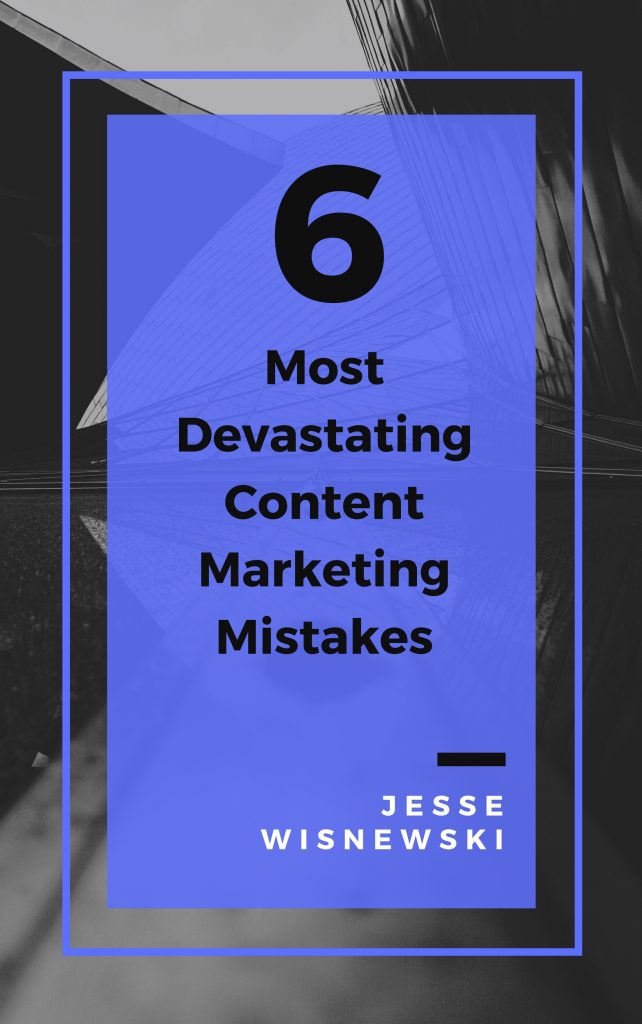 You don’t have to figure everything out yourself.

Take a few moments to read this guide, digest the short lessons, and make sure you’re not wasting your time or money.

The following is a conversation I had with Abby Wolfe from The Muse about my transition from working in a call center to serving as a content marketer.

If you’d told Jesse Wisnewski—Senior Content Marketer at Tithe.ly and founder of Stillhouse Marketing—10 years ago that he’d have a content-focused career one day, he wouldn’t have believed you.

“I always struggled tremendously with reading, grammar, and writing,” Wisnewski shares. “I just didn’t apply myself. I actually did so poorly in high school English that I had to take a remedial course when I started college.”

After graduating college, he spent a brief time training to sell insurance before deciding he wanted to be a pastor. He resigned from the insurance industry, relocated to take an unpaid internship with a church, and then he started grad school for religious studies.

It was during his masters program that he really developed a passion for writing. But even this didn’t make him consider a career in content. Instead, while still going to school part-time, he took a call center position for a communications company until something he was more interested in came along. He ended up being there for nearly three years. It was a tough time for him emotionally, as he was tired of spending time at a job he didn’t love. But with a wife and four kids at the time, he couldn’t leave—he had to help pay the bills.

In an effort to help, a friend told him about a job opening at a church that seemed right up Wisnewski’s alley. But when he looked at the job description, it didn’t really interest him.

“Another opening did catch my eye, though,” he shares, “A staff writing position. I realized this was exactly the type of work I wanted to do.” Going with his gut, he applied. And since he’d been writing on the side, he got the job.

Since then, Wisnewski has held a few different content jobs, such as marketing manager and account manager at a few different publishing companies. In early 2018, he launched his own content marketing agency, and, most recently, he landed his current gig at Tithe.ly, an online and mobile-giving company for churches and ministries.

“When I saw this opportunity—the chance to pursue the type of work I love at a company whose mission aligns with my values—I knew it was a match made in heaven,” he shares.

Whether we’re at home or work, in a car, flying in a plane, riding on a boat, or on our phone, tablet, or laptop, we live in a sea of communication.

Content is everywhere we turn, and it’s everywhere we look. And we cannot escape its reach unless we travel to a remote part of the world without access to the Internet, television, or radio. 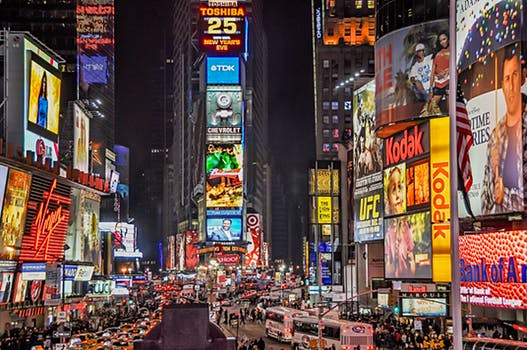 We are bombarded daily with a slew of messages. The amount of information we swim through every minute is staggering. Every minute, Internet users:

This amount of information presents a daunting task for small businesses, solopreneurs, and even large corporations. Breaking through this noise can feel like offering someone who just finished drinking from a fire hose a glass of water.

But here’s the great thing.

You can rise above the noise, cut through the clutter, and connect with your customers without having to take out a television ad during the Super Bowl, a billboard in Time Square, or conduct a multimillion-dollar marketing campaign.

You can build an audience of people “who will rely on your for information, advice, and help, and will seek out your expertise” with nothing more than a blog. Individuals, non-profit organizations, and businesses of every size have developed highly engaged audiences who place them in a position to launch a career, further a cause, or establish a profitable company.

But, to do this, you have first to understand how today’s media-rich environment has forever changed the way we obtain information and make purchasing decisions.