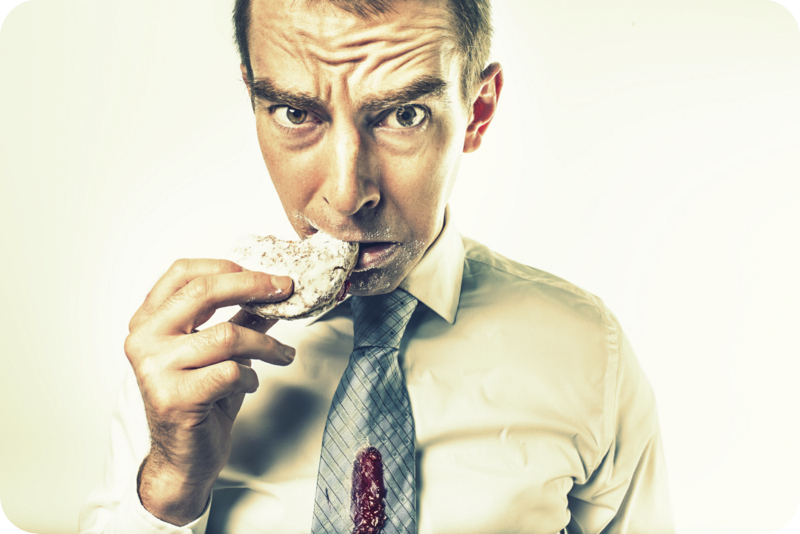 Do you want a simple, sticky formula that turns your listless copy into something that rivets attention, stokes desire, and gets action?

If you said “yes,” then the 4 Ps is what you are after. Let’s start with an example.

Wanted: Ugly Men
Listen, ugly men, with one little pill, I can make you so attractive that women will throw themselves at you every time you walk through the mall.

Just ask Marty Feldman or Michael Berryman. They now beat women off of them with sticks.

See any pattern in the above copy? I’m using the Ps. So, what are the 4 Ps?

Let’s break this little ad down so I can show you how this formula works. END_OF_DOCUMENT_TOKEN_TO_BE_REPLACED 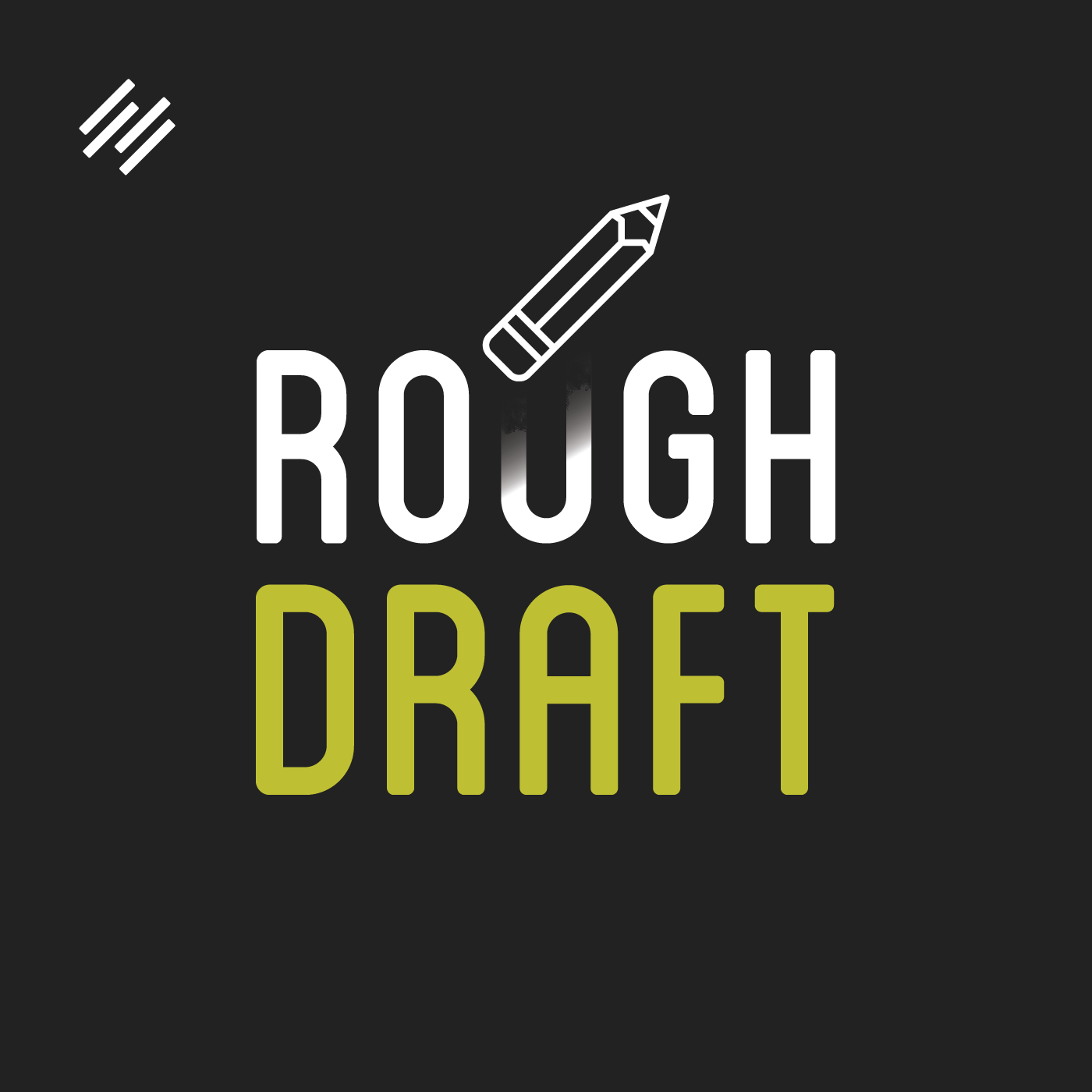 And then there was the podcast: Rough Draft.

Essential writing advice you need to succeed online, in about four minutes a day, four days a week.

It’s a sequential show. A journey. I start from the very beginning and work through principles and practices of writing for the web. Tomfoolery included. With the occasional semi-robotic surprise guest host.

If you’re a pure writer, and you wonder how you’ll be able to build your own online platform that actually gets seen, this show is your shortcut.

While you are at it, check out some of the other shows in the Copyblogger podcast network: RainmakerFM.

I’m particularly fond of Sonia Simone’s show art (Confessions of a Pink Haired Marketer). Intrigued by the angle on editing Stefanie Flaxman takes in her show (Editor-in-Chief). And smitten by the name of Loren Baker’s podcast on SEO (Search and Deploy).

And not to mention the next four episodes of The Lede (with Jerod and I) are going to be good. Like so good the world will end, children will forget their names, and birds will bring us food. 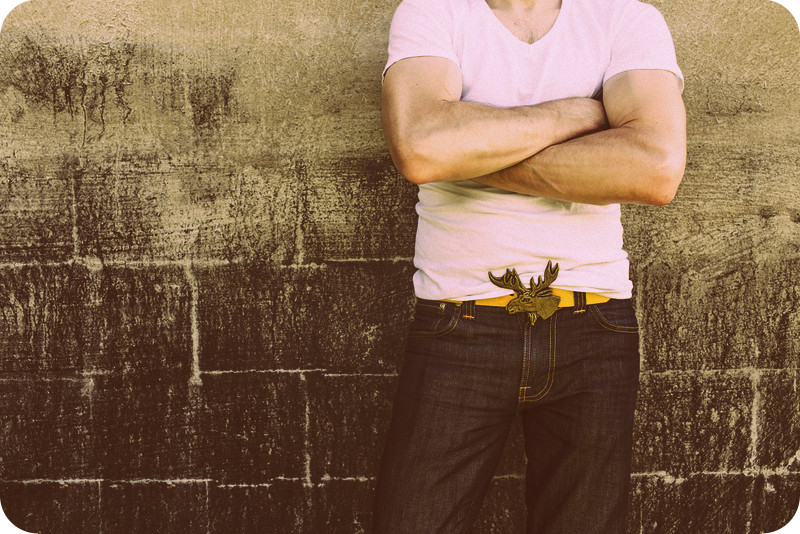 While Enlightenment-era thinkers would like you to believe otherwise, we are not as rational as we think we are.

Books like Irrational Exuberance, Emotional Intelligence, and Descartes’ Error teach us that even the most analytical among us make decisions with emotions. Furthermore, we learn that without emotions we can’t make a decision in the first place.

In the sales context, this means people buy based on desire.

Whether someone wants a promotion at work or a healthier lifestyle, they desire these things for emotional reasons like prestige, approval, sex appeal, or security.

However, those desire-based decisions are eventually justified with logic. That’s where “reason why” advertising comes in.

In essence, if you make an offer, state a claim, or ask a favor, expect your prospect to wonder why you are making that claim. Satisfy her curiosity. Sweep away her skepticism.

For example, explain why you are giving away a free sample of your book (because you know the advice in the first chapter will help them survive Manhattan traffic that very night).

Explain why you are throwing in a free 30-minute consultation with every contract (because this helps clients warm up to your strange coaching process).

Elizabeth Langer’s famous 1977 Copy Machine Study demonstrates we don’t need much. Your reason why could be as simple as “I’m just a generous person” or “because.”

Whatever it is, make it clear. Otherwise people will wonder if there’s a catch and remain skeptical.

This piece originally appeared as part of this Salesforce article (which I am told by a source close to the company is their most socially popular post). 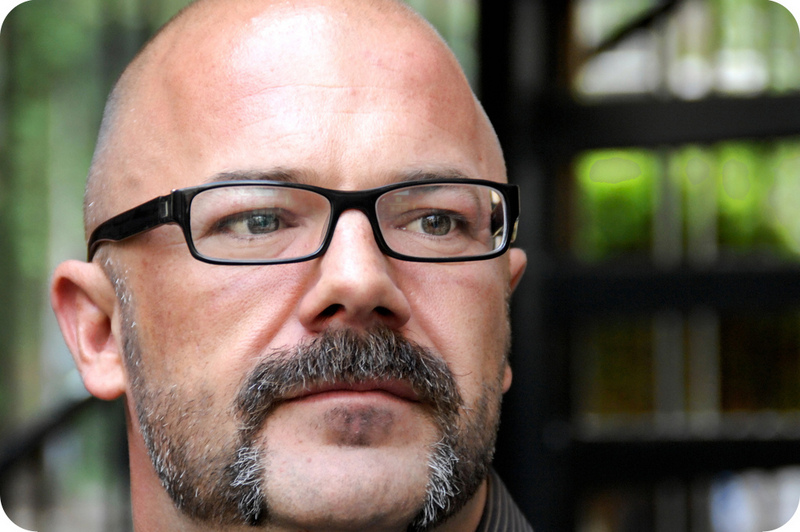 I’m about a month late to this party. Oh well. It’s still important to address.

A few days later Vox followed up with a report on what it meant that Sullivan had created a popular blog, but couldn’t figure out how to monetize it.

This seems to be the perennial challenge, doesn’t it? How do you make a living from a popular blog?

Klein said there were two reasons: scale and the erosion of voice. In his own words, “the bigger the business gets, the harder it is to retain the original voice.”

Can’t argue with that. His next statement is more revealing:

He was trying to make his blog — and its sizable audience — into a business. But blogging, for better or worse, is proving resistant to scale.”

As if it was an enigma. Like we haven’t solved this problem a hundred times over.

But not so fast.

Klein is careful to define his terms. Blogging is “the unedited voice of a person.” (That’s actually Dave Winer’s definition, Klein notes.) It’s transparent, off the cuff, random.

We all know bloggers like this whom we love. Unfortunately, some of them don’t know how to go from popularity to profitability. Which is a shame. But it’s really quite easy to fix. END_OF_DOCUMENT_TOKEN_TO_BE_REPLACED 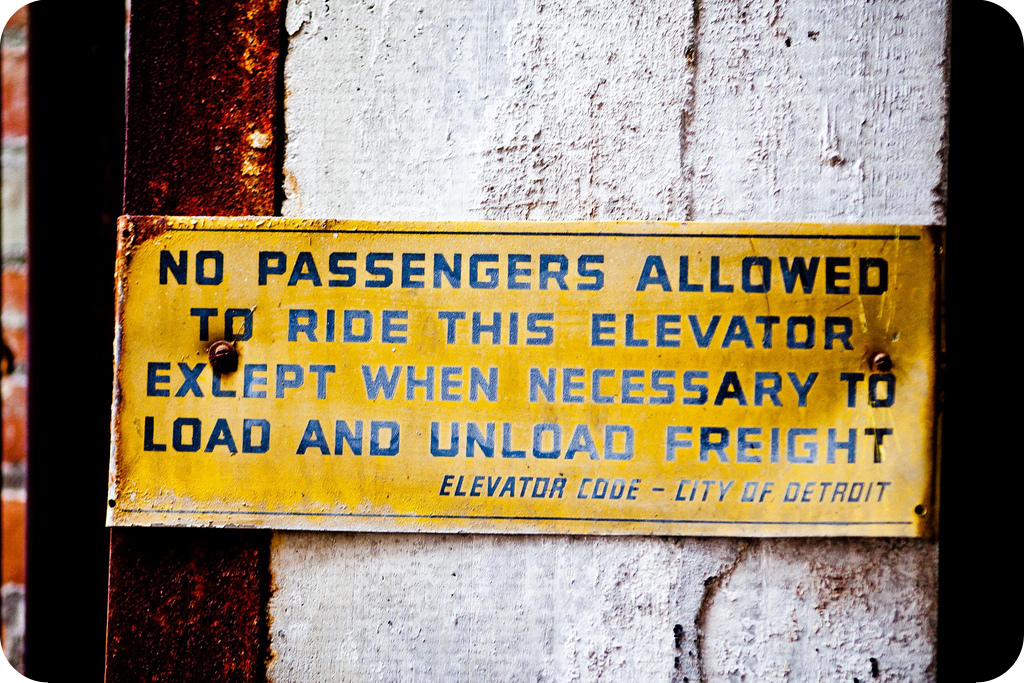 The first mention of an elevator is thought to be around 236 A.D. It was nearly seventeen hundred years later before the first working models were actually installed (in English and French palaces, no less).

There was just one problem. If the lift cable broke, the cab dropped – wounding or killing everyone inside.

In 1852, Elisha Otis hoped to save lives (and make money) by introducing his safety elevator. And he did it with a very dramatic demonstration. In front of a crowd of onlookers at the Crystal Palace in 1853, Otis raised his safety elevator three stories high, and then cut the cable – while he was still inside.

But instead of plunging into the ground below, the elevator stopped when knurled rollers engaged. Otis was shaken up, but unhurt. As you can imagine, orders came in hot and heavy.

Otis’ demonstration proves an important principle about belief: If you want people to believe in the hard to believe, then simply demonstrate what your product does.

The blender company Blendtec’s attention-getting “Will It Blend?” YouTube videos are examples of dramatic demonstrations. To dismiss any skepticism about their claim that their blenders could grind anything and still remain sharp, Blendtec blended iPhones, hearing aids, rakes, and so on.

Views of the videos blew through the roof – as did sales.

Of course car salespeople rely heavily on this principle. Instead of wasting hours talking about a car they simply hand the keys over.

You must do the same. Find a way to demonstrate your product. Whether it is software or a service. You’ll have to be creative. And don’t forget: the more dramatic, the better. 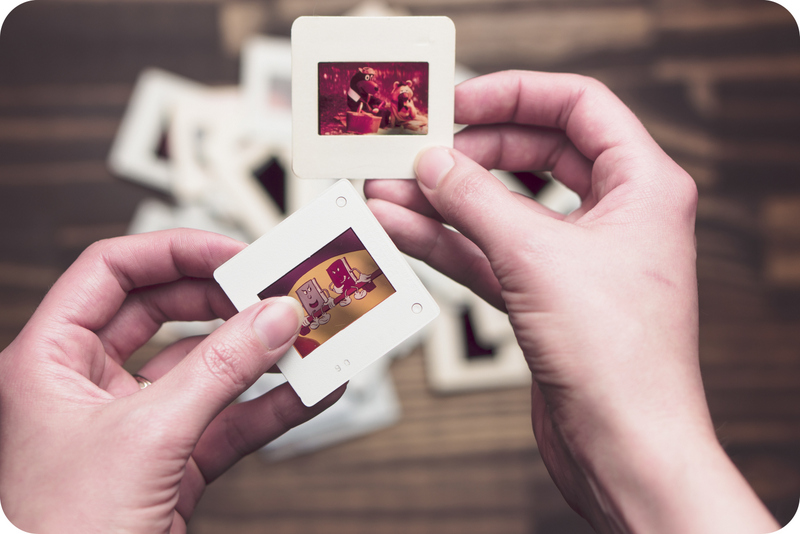 This got him exploring, asking questions, and digging deeper into analytics only to discover what I thought was a common truth: END_OF_DOCUMENT_TOKEN_TO_BE_REPLACED 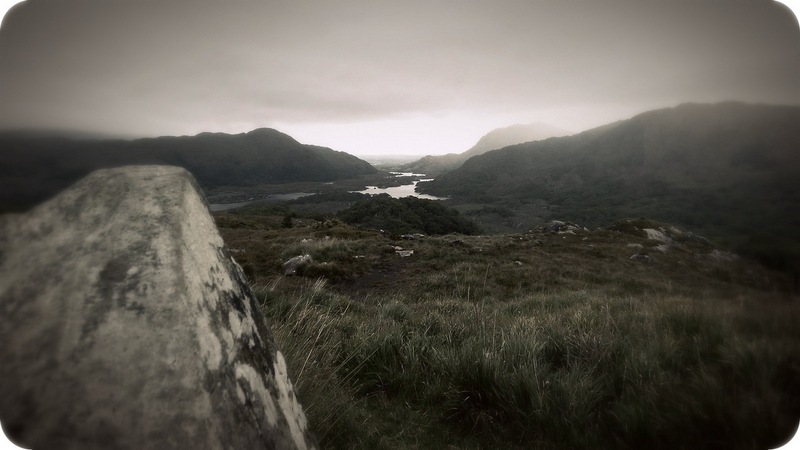 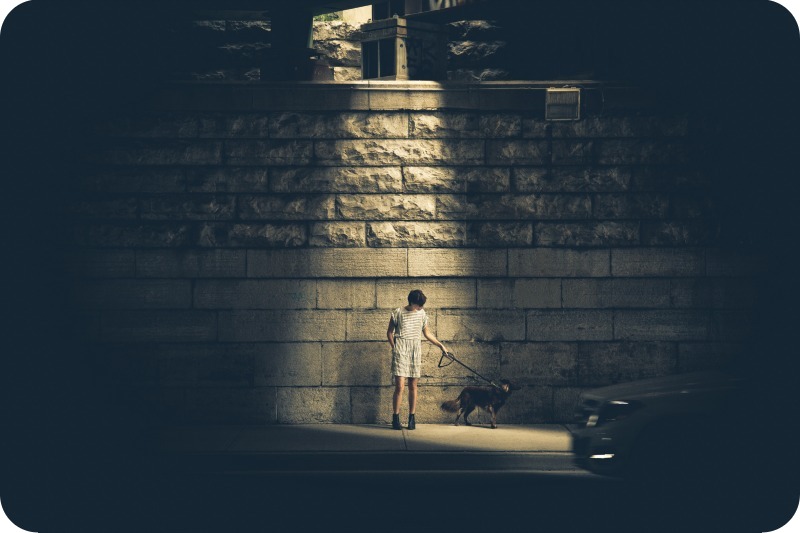 Covered a lot of material critiquing ten landing pages in under 40 minutes. And would sum everything I said in this simple statement:

Your landing page copy is nothing more than a conversation with your ideal prospect.”

Your landing page copy is not some random facts about you or your product. It’s a conversation that begins with an understanding of what is in your prospect’s mind.

And you enter that conversation by saying, “Hey, you’re not alone.” The four most powerful words in our language (sans “hey”).

Once you have her attention, then you make her feel like you care. Like you really understand. That it doesn’t have to be this way. That there is hope.

So you paint a picture of what her life will be like if she takes you up on your offer. You show her a better version of herself.

Then you prove you can deliver on your promise. That you are someone she can trust.

Finally, tell her what to do. Push her in the right direction.

Every single word should support and advance that conversation. If it doesn’t, cut it.

By the way, can anyone name the formula I used to frame this conversation? Share your answer in the comments.